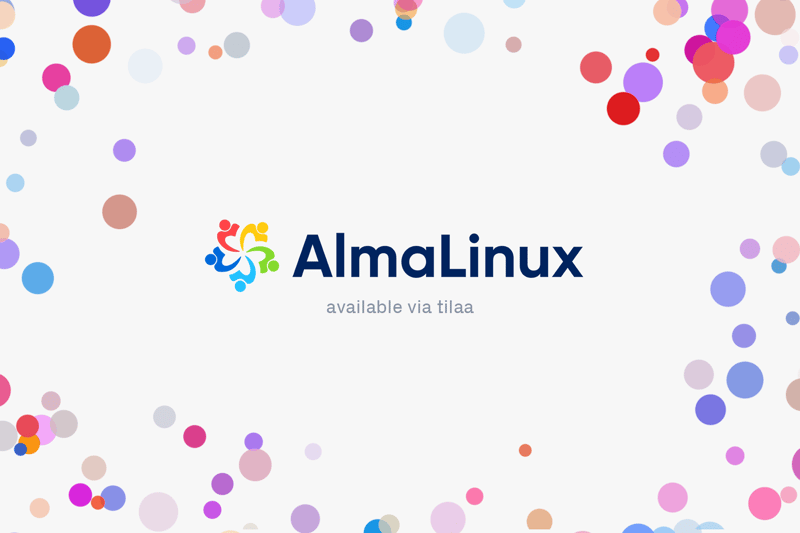 The wait is over: on Wednesday, CloudLinux launched AlmaLinux 8 which can replace CentOS 8. Are you interested? You can already select AlmaLinux 8 in our configurator!

Why was AlmaLinux created?

When Red Hat announced that it was shifting focus from CentOS Linux to CentOS Stream, it created a void for many developers all over the world. CloudLinux developers decided to build AlmaLinux 8. This is a clone of CenOS 8 and it’s a 1:1 compatible fork of RHEL. In February it was launched in beta and ready to test. And now, it’s stable and ready for production workloads.

AlmaLinux 8 is available via Tilaa

Now AlmaLinux 8 is officially released, it is available in our configurator as well. To select, visit our configurator. In the second step of the setup, choose ‘Operating system’, then Linux’ and finally ‘AlmaLinux’, which is the first icon.

Image of AlmaLinux in our configurator

How to migrate to AlmaLinux 8

Do you work with CentOS 8? A migration script was written by AlmaLinux. You can opt to convert to AlmaLinux 8 if you like. Simply follow these instructions on Github to migrate correctly.

💡Create a snapshot (or a backup) first to ensure that nothing is lost.

You may be wondering what happened to Rocky Linux in the wake of the AlmaLinux craze. They said that a (beta) launch would probably happen on March 31.  However, Rocky Linux only issued a statement on their website: 'Unfortunately we’ve had to revise our previous update for a release candidate from March 31 to April 30, due to complications in the build efforts. We continue to make steady progress, and are optimistic about our revised timeline'.

If there is any news, we will of course update you immediately.

This topic plays a major role in our community. That is why we have written about it before. Do you want to know more? Then also read the articles below!

AlmaLinux is here and it's ready for testing

Set up your next VPS

Ready for Almalinux? Go to our new and improved configurator and setup your new VPS!