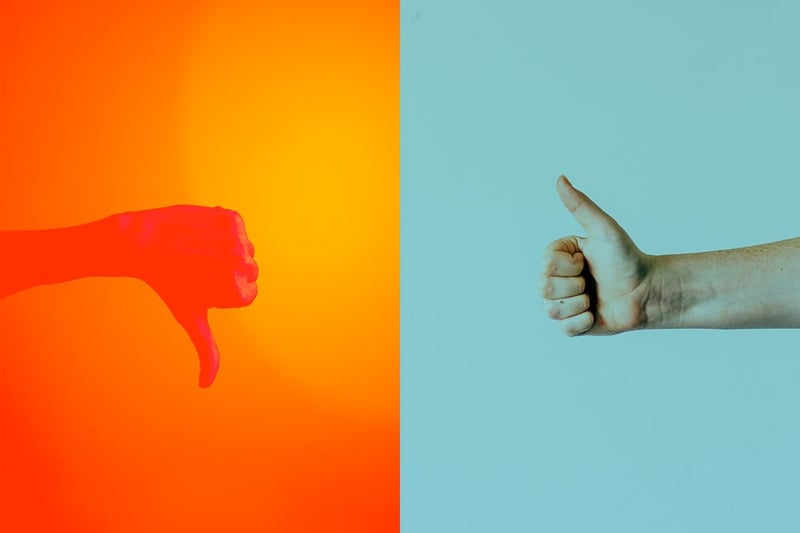 Have you ever wondered why Tilaa uses a subscription pricing model rather than granular pricing, such as pay-per-use? We conducted a price comparison study to determine the costs of Tilaa VPS configurations in comparison to those of instances from a public cloud provider, specifically AWS.

At Tilaa we believe that progress begins with creating space for new ideas. That’s why we provide a rock-solid foundation for tomorrow’s businesses. We provide VPSs to our users at a fixed monthly cost, whether they are active or not. We do this for a variety of reasons, including convenience, unburdening, and because we believe it is in the best interests of the user. Would you like to know why? Check out the price comparison below.

Important features of the research are:

AWS offers a wide variety of configurations for virtual machines, known as instances. The overall offer is divided into several groups, each with its own set of characteristics and optimizations. There are groups of instances, for example, that are optimized for memory-intensive tasks (memory-optimized), CPU, Disk I/O, or network. These 'families of instances' have their own pricing structure.

Within these groups, a wide range of resources (number of CPU cores, memory) are available, and for some smaller CPU ranges, it is also possible to configure whether the CPU works in 'bursts' or not. A monthly percentage is available for the burstable CPU variant. When these are depleted, the CPU returns to its minimum level.

Important differences on snapshots
Within AWS, an instance is associated with an EBS storage block of freely selectable size, as well as the ability to take (daily) snapshots of it. This structure is nearly identical to the Tilaa configuration, with the main difference being that AWS snapshots are rather expensive, whereas the first snapshot for a Tilaa configuration is free.

🔎 To pay or not to pay-per-use. That is the question! Which pricing model works best for you and your company, and which does not? 👀

AWS and Tilaa: a comparison

These various configurations can then be used to define equivalent instance sizes, as well as the prices and price differences of/between the two providers. The limitation here is that not all of the user's Tilaa-configurations can be precisely mapped to an equivalent instance of the same size. In the comparison, only the VPS configurations are used, with an identical set of resources in the public cloud section. Because cloud providers use reference vCPU sizes, which can be smaller than the actual CPU cores, there are differences between VPSs and instances of the same size (primarily in terms of the number of cores).

In terms of costs, one of the most significant differences between Tilaa and AWS is the settlement of egress data consumption. Whereas Tilaa does not charge for data traffic, AWS charges $0.09 per GB sent as a fixed cost item. The amount of data sent out for the instances is set at 500GB per month, or $45, -. Because the cost of AWS is only specified in USD, a conversion to EURO must be performed using the current factor.

Cost of the different configurations

Considering the above principles, the following comparison can be made:

The above table shows the overall costs when every VPS or instance is only used once. The configuration of the reference customer contains more servers of the same size, so with these figures considered, the total costs of the environment will get higher, obviously.

The total costs to the environment will be like the following:

Based on the above, the differences in costs per VPS can be graphically represented in the following way:

The costs of the total number of VPSs are shown in the graph above, for both Tilaa and AWS. The costs of a single unit as well as the total costs for the number of VPSs implemented are included in each VPS configuration. Tilaa's price is always significantly lower than the alternative AWS instance. The AWS costs in the table are calculated using the instance's regular on-demand costs, including the costs for egress data (full-time consumption). The least expensive version is chosen for the defined AWS instance sizes and families.

AWS: the longer, the more expensive

With the total 'instance price goals' set to be lower than the Tilaa pricing scheme, the required reduction for public cloud instances can be calculated to match the price of Tilaa VPSs. Any instance in the public cloud can be used in 'on demand' mode, which means that instance costs can be reduced by turning it off when not in use. The longer the instance is 'on' during the month's 730 hours, the more expensive it is.

The graph below depicts the maximum amount of usage (as a percentage of the 730 hours in a month) required for the instance to break even between the two clouds. 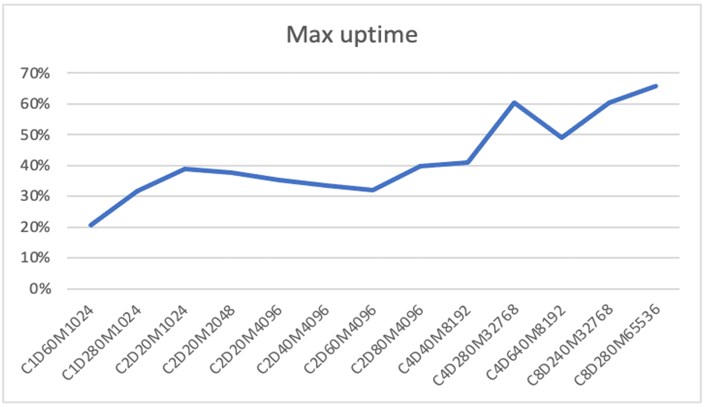 This is set to approximately 42% of the total usage of all systems in the configuration. This means that the AWS instance will be less expensive if it is used up to 41 percent of the time, or 306 hours per month. AWS will charge more for instances that run for more than 12 days for a 24-hour operation.

With all data in place, a comparison can be made for the actual costs of the instances for both situations (Tilaa or AWS). The results are the following:

Per VPS, an average egress data package of 500GB per month is included.

The above summaries and calculations are based on AWS's current on-demand pricing scheme, as set within the Frankfurt (EU-central-1) region, and have been converted from US dollars to EURO. Aside from that, AWS provides discounted pricing for reserved instances with reservation timeframes of one year or three years. The maximum price reduction is determined by the number of years the reservation is active, the upfront fee the customer is willing to pay, and whether the user wishes to change the image while the reservation is active. On average, the maximum reduction percentage per server is around 60%; however, this removes the ability to pay per instance use with on-demand pricing and only applies to 24/7 usage.

The Tilaa Cloud: a fixed price per month (subscription)

At Tilaa we believe that progress begins with creating space for new ideas. That’s why we provide a rock-solid foundation for tomorrow’s businesses. We offer VPSs to our users at a fixed monthly cost, regardless of whether they are active or not. Furthermore, based on our fair use policy, we provide unlimited data traffic. This means that data traffic will not be charged whether your servers are running for 1 hour or 730 hours per month.

Tilaa Cloud Packages offer high-quality memory, storage, and speed at an affordable price. Looking for a powerful solution for your cloud infrastructure? Then go for a Cloud Package and receive a 6-month discount. Or go for a custom set-up via our configurator.

■ The cloud bill shock and how to avoid it.

■ Big Tech promises uncovered: is pay per use really profitable.

■ How to protect yourself and your business from DDoS attacks.