The rise of privacy-focused apps: DuckDuckGo

Because of the dominant position of Big Tech, it is becoming harder and harder to remain anonymous on the internet. Still, more and more internet users are looking for ways to flock to more privacy-focussed apps. That’s why an alternative such as DuckDuckGo is getting more popular by the day.

DuckDuckGo is an internet privacy company for users who are looking for an alternative to Big Tech. In comparison to Google, DuckDuckGo does not track user searches or share personal data with third-party companies. To use it, you just head to www.duckduckgo.com instead of Google or Bing. Or download it for Android or iOS. DuckDuckGo was founded in 2008 and in 2020 the number of daily searches through DuckDuckGo has grown by 62 percent. On January 11th, it reached 102,251,307 search queries. The highest number so far.

In their latest blog, DuckDuckGo announced that they will activate Global Privacy Control (GPC) by default in its apps and browser plug-ins. This is an anti-tracking technique which sends a signal to websites not to sell the visitor's data to other companies. Some well-known platforms have already implemented GPC, including The New York Times and Automattic, known for Wordpress. This means that they will honor the signal.

Where does DuckDuckGo find its information?

When searching the internet, both Google and DuckDuckGo use crawlers. Google uses GoogleBot and DuckDuckGo works with DuckDuckBot and around 400 information sources such as Bing, Apple Maps and Wikipedia.

💡 DuckDuckGo does provide sponsored search results. However, this is not given based on your personal data. 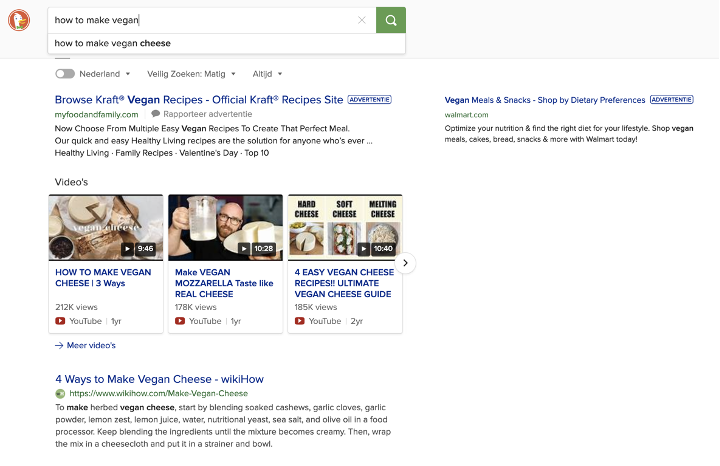 Though DuckDuckGo's purpose is noble and enviable, it doesn't work as good as Google (yet). Compare it with a plant-based alternative to cheese. It works fine and it contributes to being conscious, but in terms of convenience, you sacrifice. DuckDuckGo has less resources than Google and that is why the results can be less accurate.

Moreover, Google has been around for longer. Many companies (and websites) want to be found as well as possible by Google. Not by DuckDuckGo. But, in general it works fine. When choosing between Google and DuckDuckGo, it’s up to you whether protecting your privacy is a worthy trade-off for less accurate results.